In another groundbreaking study published last year, Jaimie Henderson and several colleagues, including Francis Willett, a biomedical engineer, and Krishna Shenoy, an electrical engineer, reported an equally impressive yet entirely different approach to communication by neural interface. The scientists recorded neurons firing in Dennis DeGray’s brain as he visualized himself writing words with a pen on a notepad, trying to recreate the distinct hand movements required for each letter. He mentally wrote thousands of words in order for the system to reliably recognize the unique patterns of neural activity specific to each letter and output words on a screen. “You really learn to hate M’s after a while,” he told me with characteristic good humor. Ultimately, the method was extremely successful. DeGray was able to type up to 90 characters or 18 words a minute – more than twice the speed of his previous efforts with a cursor and virtual keyboard. He is the world’s fastest mental typist. “Sometimes I get going so fast it’s just one big blur,” he said. “My concentration gets to a point where it’s not unusual for them to remind me to breathe.”

Achievements in brain-computer interfaces to date have relied on a mix of invasive and noninvasive technologies. Many scientists in the field, including those who work with DeGray, rely on a surgically embedded array of spiky electrodes produced by a Utah-based company, Blackrock Neurotech. The Utah Array, as it is known, can differentiate the signals of individual neurons, providing more refined control of connected devices, but the surgery it requires can result in infection, inflammation and scarring, which may contribute to eventual degradation of signal strength. Interfaces that reside outside the skull, like headsets that depend on EEG, are currently limited to eavesdropping on the collective firing of groups of neurons, sacrificing power and precision for safety. Further complicating the situation, most neural interfaces studied in labs require cumbersome hardware, cables and an entourage of computers, whereas most commercially available interfaces are essentially remote controls for rudimentary video games, toys and apps. These commercial headsets do not solve any real-world problems, and the more powerful systems in clinical studies are too impractical for everyday use.

With this problem in mind, Elon Musk’s company Neuralink has developed an array of flexible polymer threads studded with more than 3,000 tiny electrodes connected to a bottlecap-size wireless radio and signal processor, as well as a robot that can surgically implant the threads in the brain, avoiding blood vessels to reduce inflammation. Neuralink has tested its system in animals and has said it would begin human trials this year.

Synchron, which is based in New York, has developed a device called a Stentrode that does not require open-brain surgery. It is a four-centimeter, self-expanding tubular lattice of electrodes, which is inserted into one of the brain’s major blood vessels via the jugular vein. Once in place, a Stentrode detects local electric fields produced by nearby groups of neurons in the motor cortex and relays recorded signals to a wireless transmitter embedded in the chest, which passes them on to an external decoder. In 2021, Synchron became the first company to receive FDA approval to conduct human clinical trials of a permanently implantable brain-computer interface. So far, four people with varied levels of paralysis have received Stentrodes and used them, some in combination with eye-tracking and other assistive technologies, to control personal computers while unsupervised at home.

Philip O’Keefe, 62, of Greendale, Australia, received a Stentrode in April 2020. Because of amyotrophic lateral sclerosis (ALS), O’Keefe can walk only short distances, cannot move his left arm and is losing the ability to speak clearly . At first, he explained, he had to concentrate intensely on the imagined movements required to operate the system – in his case, thinking about moving his left ankle for different lengths of time. “But the more you use it, the more it’s like riding a bike,” he said. “You get to a stage where you do not think so hard about the movement you need to make. You think about the function you need to execute, whether it’s opening an email, scrolling a web page or typing some letters. ” In December, O’Keefe became the first person in the world to post to Twitter using a neural interface: “No need for keystrokes or voices,” he wrote by mind. “I created this tweet just by thinking it. #helloworldbci ”

Thomas Oxley, a neurologist and the founding CEO of Synchron, thinks future brain-computer interfaces will fall somewhere between LASIK and cardiac pacemakers in terms of their cost and safety, helping people with disabilities recover the capacity to engage with their physical surroundings and a rapidly evolving digital environment. “Beyond that,” he says, “if this technology allows anyone to engage with the digital world better than with an ordinary human body, that is where it gets really interesting. To express emotion, to express ideas – everything you do to communicate what is happening in your brain has to happen through the control of muscles. Brain-computer interfaces are ultimately going to enable a passage of information that goes beyond the limitations of the human body. And from that perspective, I think the capacity of the human brain is actually going to increase. ”

Dolphin Skincare: How These Sea Mammals Seem to Self-Medicate Their Skin 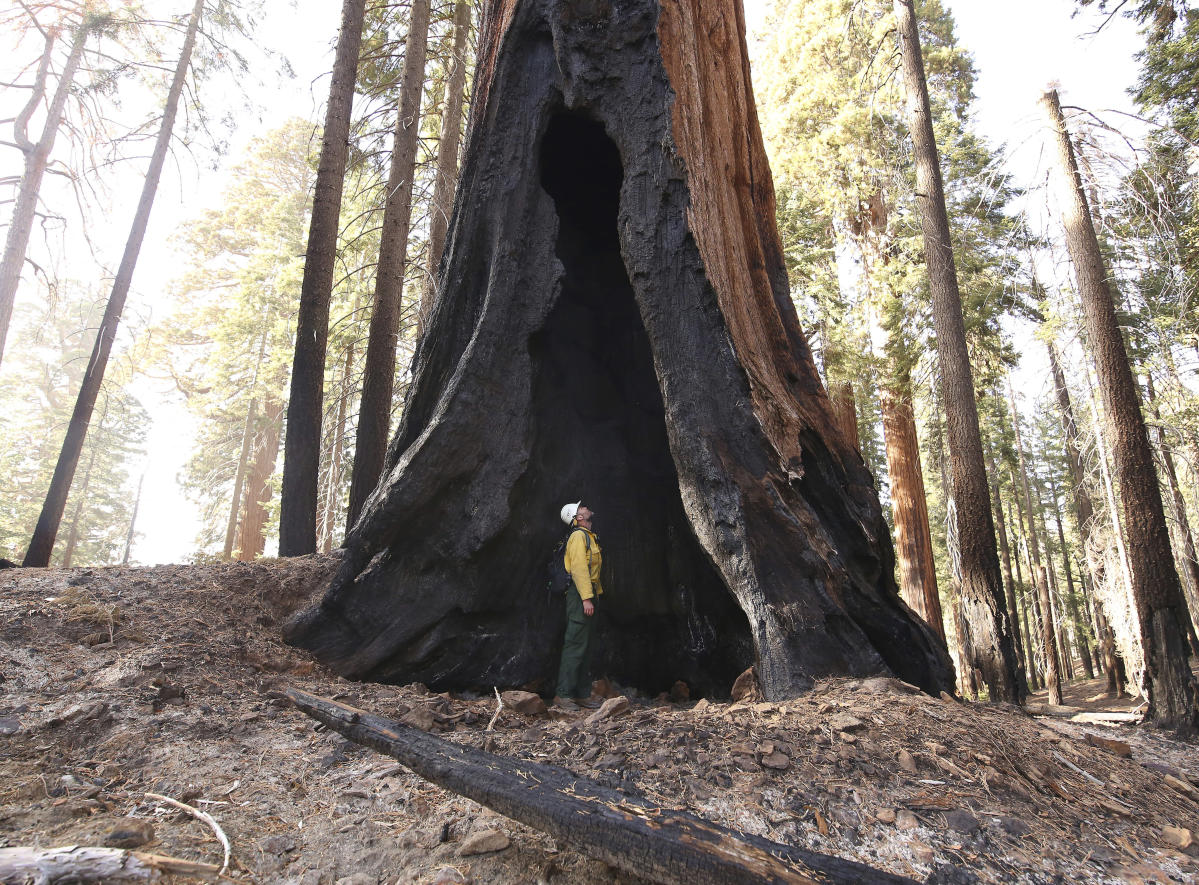 Biden forest plan stirs dispute over what counts as “old”