For such a small insect, fire ants can be a very big problem. Invasive species of fire ant reached North America in the 1930s from Argentina and spread fast in southern states of the US, currently costing over $ 6 billion a year in economic damage. While the solution so far has been chemical pesticides, a study is now suggesting using a virus to tackle the problem.

Researchers found that a virus known as Solenopsis invicta virus 3 (SINV-3) had a big effect on red imported fire ant colonies. They registered a sevenfold decrease in the number of nests as well as a correspondingly significant drop in the size of the nests. The study, while limited to one single species of fire ants, could have big implications for the control of this pest.

Chemical pesticides are the most used tool to tackle infestations, widely used around homes and public spaces in several US states. But this does not necessarily have to be the case, the researchers argue, especially as these pesticides can be toxic and pose health risks. “Microbial agents are much safer to the environment and to humans,” said David Shapiro-Ilan, editor of the journal that published the study, told The Washington Post.

Viruses have been used as biocontrol agents against some pests, but not against ants. To date, only SINV-3 has been proven in the lab to cause mortality at a level sufficient for use as a biocontrol agent against fire ants. That’s why the researchers chose it for this study. The virus is naturally present in the US, but its prevalence is low and sparse.

They focused on one single species of fire ant, the Solenopsis invicta (Buren), which occupies 150 million hectares from Florida to California and is responsible for an array of damage to crops and livestock. Traditional insecticides have proven effective at controlling it, but they have to be applied on a regular basis to maintain areas free from re-infestation and can cause localized pollution. The virus was apparently effective at clearing out the fire ants.

“We’re quite pleased that it contributes to the natural control of fire ants,” said Steven Valles, the lead author of the study and researcher at the US Agriculture Department, told WP. “It’s important to continue to release things that will naturally control the ant to give it more ecological balance with the native ants so that they can compete.”

However, researchers also found that when two types of fire ants mated together, they created a hybrid that was resistant to the virus, which suggests there could be trouble for the virus approach. In this case, researchers suggest developing a new viral variant that would target the hybrid ant, but many people would probably squirm at the mere idea of ​​a viral variant – even if it is just a virus for ants.

Still, the study highlights the potential for alternative ways to keep the invasive ant population under control, which is important not only for humans, but also for local biodiversity, which fire ants are threatening. Fire ant populations have exploded in the US, with studies suggesting they are at least four times more abundant in the country than in their natural habitat. And they are evolving into hybrid species.

Curbing imported fire ant populations with the help of SINV-3 could help native species that have been affected by them rebound. This is the case of the endangered Attwater’s prairie chicken (Tympanuchus cupido attwateri) and the native fire ant, which for most people would actually be hard to tell apart from the imported kind, but which is much more benign to the habitats of southern US.

Nevertheless, the researchers acknowledge it’s going to be tricky to stop the growing spread of fire ants around the world, which goes beyond the use of SINV-3. Fire ants have recently shown up in Australia, Taiwan, China, and the Caribbean, and have the potential to spread over half the land in the world, only limited by dry climates and freezing weather.

The study was published in the Journal of Invertebrate Pathology. 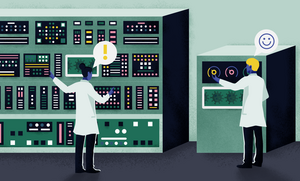 Where once were black boxes, NIST’s new LANTE