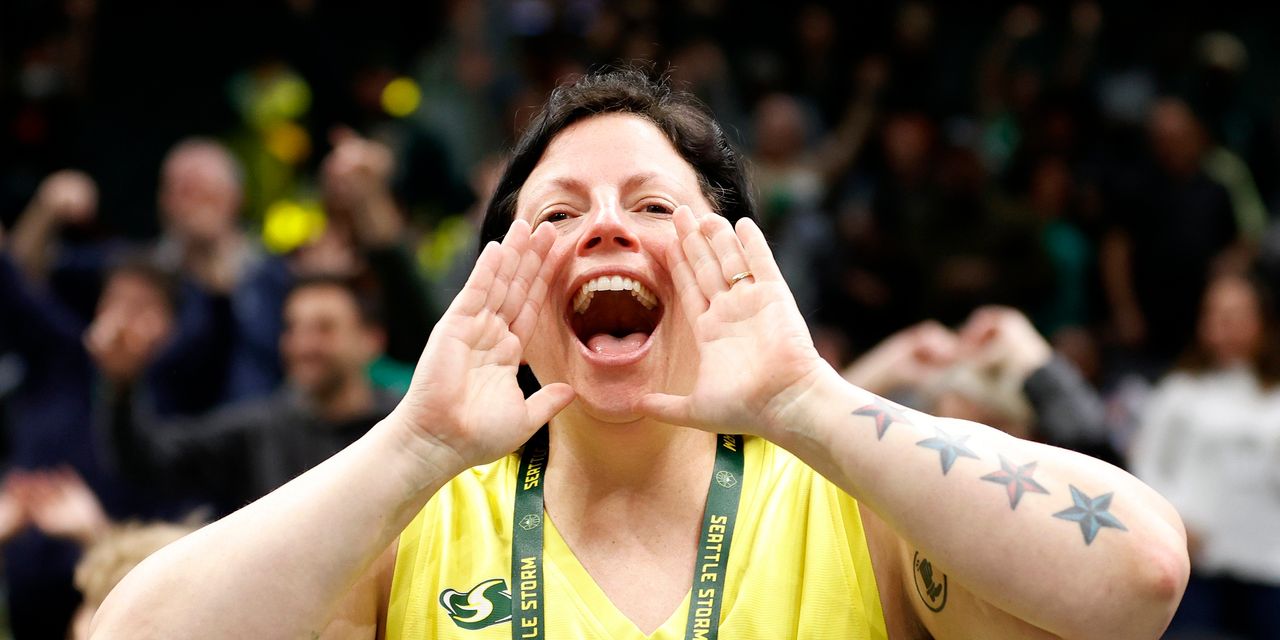 The S&P 500 index traded at new yearly lows at the end of last week. That keeps the pattern of lower highs and lower lows intact, meaning that this is still a bear market. After the three-day weekend, though, prices gapped higher, due largely to massive oversold conditions, and the S&P is trying to find a trading bottom in order to launch an oversold rally.

Bear markets are dotted with oversold rallies, and the last one in late May was sort of a dud. The next one has a chance to be a little better, though, since it appears that additional oversold buy signals may be confirmed relatively soon.

This oversold rally won’t end the bear market (although eventually one will), but oversold rallies usually overshoot the declining 20-day moving average, which is currently at 3960. There are also two gaps on the S&P SPX,

chart, the second of which would be filled by the index trading at 4017. So that is a target of sorts for the next oversold rally.

The sharp decline on June 16, pushed SPX down far enough to close below its -4σ “modified Bollinger Band” (mBB). That was the precursor to a “classic” mBB buy signal, which occurred on Tuesday, when SPX closed above the -3σ mBB.

For this to be a full-blown McMillan Volatility Band (MVB) buy signal, though, additional confirmation is required: SPX must close above 3780 — the high of June 21. If that occurs, this will be the first MVB buy signal since late January. The target of an MVB buy signal is to touch the + 4σ Band. That previous January MVB buy signal reached its target in late March, so it can take a while.

Equity-only put-call ratios rose last week, thus putting the trend of the ratio in question. They are now beginning to fall again, but they need to fall below the early June lows in order to return to confirmed buy signals, in my opinion. There is a small horizontal red line on each of the put-call charts denoting this. The fact is that put volume remains relatively heavy despite the market’s recent attempt to rally, but if these ratios drop to new relatively lows (ie, below the early June lows), that will solidify a buy signal.

Market breadth has remained poor, so the breadth oscillators have remained on sell signals, albeit in deeply oversold territory. They are about one strong day of breadth away from rolling over to buy signals, though, so that is an indicator worth paying close attention to at this point.

For example, if there are at least 800 more advances than declines on the NYSE on Thursday, then the NYSE breadth oscillator will have rolled over to a confirmed buy signal.

New 52-week highs are still basically nonexistent, across all of our data sets. On seven of the last eight trading days, there have only been single-digit new highs on the NYSE. As a result, this indicator remains on a sell signal, and is also deeply oversold.

This short-term positive signal from VIX is counted by the fact that the intermediate-term trend of VIX remains upward, and that is bearish for stocks. That upward trend would only be broken if VIX were to close below its 200-day moving average, which is currently rising and is just below 24. This bearish intermediate-term trend of VIX has been in place since the beginning of last December (circled on the VIX chart).

Our “core” position is still bearish, because of the downward trend in SPX and the upward trend in VIX. However, we will trade confirmed oversold buy signals around that “core” position, and we are beginning to see the possibility of those occurring soon.

As noted in the commentary above, a “classic” mBB buy signal has already taken place, so all that is needed to confirm a McMillan Volatility Band (MVB) buy signal is for SPX to close above the high of the day on which the “ classic ”signal took place:

If this buy signal occurs, its target will be for SPX to touch the + 4σ Band. The signal would be stopped out if SPX were to close below the -4σ Band.

As also noted in the above market commentary, the breadth oscillators are improving and could confirm a buy signal with one strong day of positive breadth.

Beginning with Thursday’s trading, keep a running total of daily advances minus declines on the NYSE. If that total reaches +800 or higher at the close of any trading day, then a NYSE breadth oscillator buy signal will have occurred, and it is highly likely that a “stocks only” breadth oscillator buy signal will have occurred as well. In the event that this cumulative total criterion of +800 or more is met, then:

This signal would be stopped if the breadth oscillators roll back over to sell signals, and we will keep you informed of their status each week.

All stops are mental closing stops unless otherwise noted.

We are going to implement a “standard” rolling procedure for our SPY spreads: in any vertical bull or bear spread, if the underlying hits the short strike, then roll the entire spread. That would be roll up in the case of a call bull spread, or roll down in the case of a bear put spread. Stay in the same expiration, and keep the distance between the strikes the same unless otherwise instructed.

Long 2 SPY July (15th) 366 puts and short 2 SPY July (15th) 346 puts: We originally bought this spread in line with the sell signal from the trend of VIX. It was rolled down twice. We will stop this position out if VIX falls below its 200-day Moving Average, which is currently just below 24.

traded at the high strike in the spread. Half the position was sold when the breadth oscillators fell back to sell signals. We will close the other half when the equity-only put-call ratios roll over to a clear sell signal.

Long 2 SPY July (15th) 366 puts: We initially bought a straddle, and then sold the calls when SPX closed below 4070. The remaining puts were rolled down last week. Stop yourself out if SPY closes above 384.

Lawrence G. McMillan is president of McMillan Analysis, a registered investment and commodity trading advisor. McMillan may hold positions in securities recommended in this report, both personally and in client accounts. He is an experienced trader and money manager and is the author of the bestselling book “Options as a Strategic Investment”.

Disclaimer: © McMillan Analysis Corporation is registered with the SEC as an investment advisor and with the CFTC as a commodity trading advisor. The information in this newsletter has been carefully compiled from sources believed to be reliable, but accuracy and completeness are not guaranteed. The officers or directors of McMillan Analysis Corporation, or accounts managed by such persons may have positions in the securities recommended in the advisory.