Progressive media pundits have often bashed conservative political demonstrations over the past few years, but when it comes to liberal protests, anchors and reporters have largely praised or downplayed violence among left-leaning groups.

On Wednesday, an MSNBC blogger published a piece slamming a Senate bill designed to protect the family of Supreme Court Justices from harassment, threats and violence, calling it a “cowardly response” and an “embarrassment.”

Ja’han Jones stated that the bill, supported by Democrats, shows that the party is caving to “right-wing pressure” and feeds into “unfounded claims” that pro-choice protesters are engaging in “lawlessness.”

Meanwhile, “The View” co-host Joy Behar said a day earlier that if Supreme Court Justice Samuel Alito was unable to leave his own home because of protesters, it might be a “good lesson” on “what if feels like to lose your freedom of choice. ”

Abortion-rights protesters wave flags during a demonstration outside of the US Supreme Court, Sunday, May 8, 2022, in Washington. A draft opinion suggests the Supreme Court could be poised to overturn the landmark 1973 Roe v. Wade case that legalized abortion nationwide, according to a Politico report released Monday.
((AP Photo / Gemunu Amarasinghe))

“The View” is no stranger to defending left-leaning protests, even when they devolve into intimidation, vandalism and violence.

During the George Floyd demonstrations in the summer of 2020, co-host Sunny Hostin cited a poll in which Americans were more likely to classify “unrest” as “riots” instead of “protests.”

“This is manufactured by the Trump campaign and I just wish that people understood that,” Hostin said, repeatedly claiming that Black Lives Matter activism has been overwhelmingly “non-violent.”

Just a few months earlier, the show used different language to describe anti-lockdown protesters during the first year of the pandemic coronavirus.

“I’d like to ask [the protesters] if they’re willing to sign away their right to treatment if and when they get infected? “Behar wondered.” The View “co-host did not appear to show the same concern over the spread of COVID infection when social justice protests were underway just a month later.

Groups of protesters gather in the Brooklyn neighborhood of Borough Park to denounce lockdowns of their neighborhood due to a spike in COVID-19 cases on October 07, 2020 in New York City.
(Photo by Spencer Platt / Getty Images))

But, it was not just “The View” that appeared to have a discrepancy in its coverage. Across the dial, liberal media organizations have repeatedly shown disparate treatment towards protests in the US depending on the political ideology of the group demonstrating.

On MSNBC, speaking about anti-lockdown protests, host Joy Reid, unsure about the demands of the protesting groups, wondered if they were “demanding” to infect people or make them sick.

“I do not want to call them rallies – they’re not protests,” Reid added.

But, just three weeks later Reid urged her viewers that the destruction seen in Minneapolis in May 2020 should not be considered a riot. By June 2020, violence in the Minneapolis area had led to a staggering $ 500 million in damage and multiple deaths.

In one viral clip from the channel, reporter Ali Velshi, standing in front of a burning building, said the situation was “mostly a protest” and was “not generally speaking unruly.”

But, during the Canadian “Freedom Convoy” trucker protest in early 2022, another reporter, standing next to a quiet street of parked trucks, would not go as far as calling the gathering “peaceful.”

“There hasn’t been as much violence as some had perhaps projected, but that does not necessarily mean that it has been peaceful,” said Annie Bergeron-Oliver, who also claimed that the organizers of the trucker movement had ties to white nationalist groups and QAnon.

PROGRESSIVE LAWMAKERS RALLY BEHIND PROTESTERS AT JUSTICES ‘HOMES, CHURCHES:’ I WELCOME IT ‘

“Who the hell do you think you are?” Lemon asked. “What is wrong with people — stay at home!

But, when it came to Black Lives Matter and other left-leaning protesters demonstrating in 2020, Lemon repeatedly described the scenes from various cities as “peaceful.” As it became more apparent that violence was breaking out, Lemon still attempted to defend the images taking place in Minneapolis, Kenosha and Los Angeles.

“Do not get it twisted and think this is something that has never happened before and this is so terrible and horrible, and where are we and these savages and all of that. This is how this country was started,” Lemon said at one point .

In one viral clip, an on-air CNN graphic read “fiery but mostly peaceful protests after police shooting” as national correspondent Omar Jimenez surveyed a scene of burning cars in Kenosha. 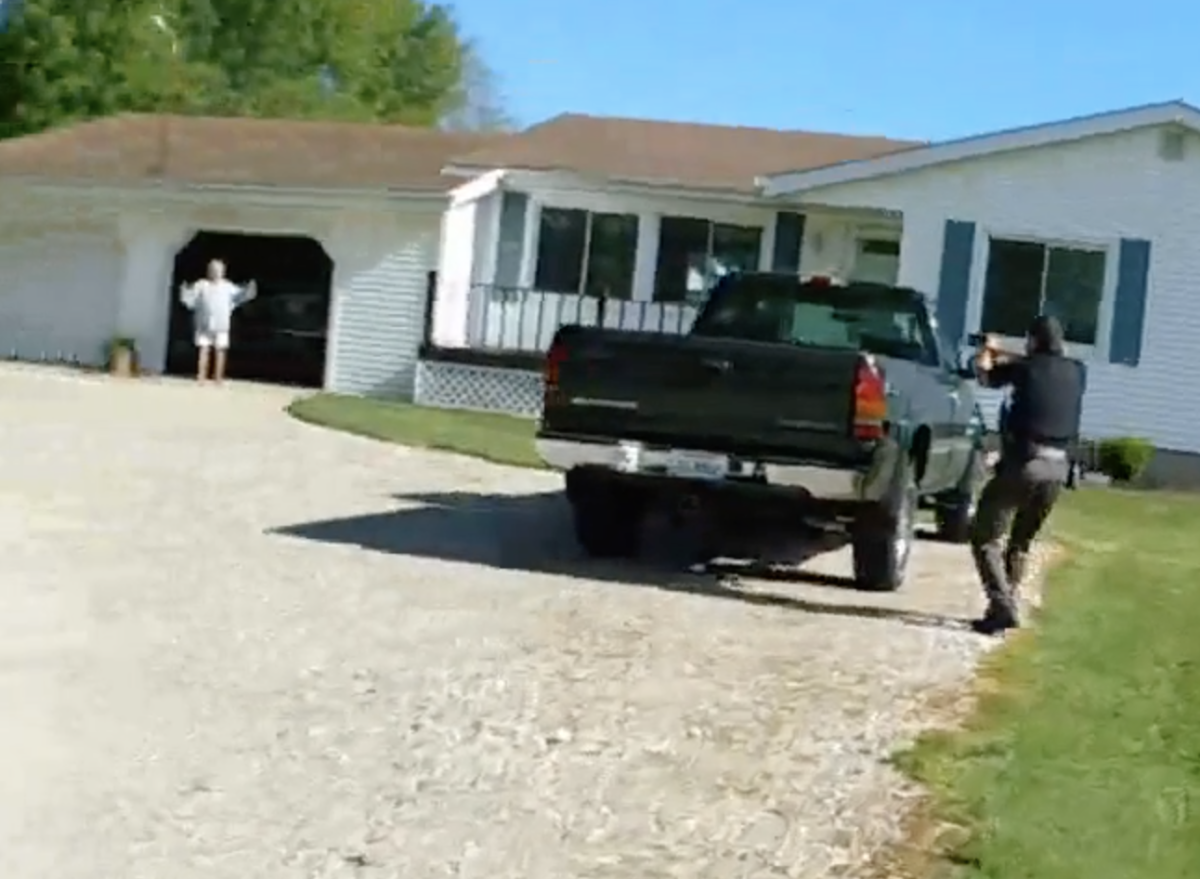 Kellyanne Conway torches Taylor Lorenz on ‘The View’: This ‘Peter Pan’ was obsessed with my teenage daughter